Barbados is located to the east of the Windward Islands. It has a tropical maritime climate, with rainfall from June to November. Since 1966, Barbados has been part of the British Commonwealth and on November 30, 2021 it became a Republic. The country is a member of the Caribbean Community (CARICOM). There are 100 km of sandy beaches and tourism is now the main economic activity. The languages spoken are English and “badjan“, a local language. The residents of Barbados drive on the left. Barbados has 290,000 inhabitants, living across 430 km²; they are descendants of slaves, Europeans and immigrants. In 1627 Barbados was occupied by the English. They founded sugar plantations, where African slaves worked. A major slave revolt began on April 16 1816, and slavery was subsequently abolished in 1838. The Arowaks (Indians) died out in the 17th century. The capital Bridgetown was founded in 1628 and has over 90,000 inhabitants. The Nidhe Israel Synagogue is the second oldest synagogue in the Western Hemisphere; it was built in 1654 by Sephardic Jews from Spain and Portugal. The south and west coasts of Barbados are bordered by towns with luxury hotels, chic clubs and beautiful beaches that are ideal for water skiing, snorkelling and diving. Trips are offered by catamaran or dive boat, where you can spot marine life and sea turtles! The most beautiful beaches include Accra Beach and Sandy Beach. Well-known shopping areas include DaCostas Mall, Harrisons and Diamonds International. The Pelican Craft Center sells handmade products. The second city of Barbados is Speightstown, a well-known port in the 18th century, which exported sugar, molasses and rum. The Arlington House Museum dates back to that time.To the east is Saint Nicholas Abbey and Steam Railway. The sugar cane plantation was founded in 1660 and has had a steam-powered sugar mill since the 19th century. It produces sugar and rum and also has a steam train. Barbados Wildlife Reserve is a forest park that includes turtles, agoutis and green monkeys from Gambia and Senegal, which have been feral since the 17th century. The animals are certainly not shy. Snakes and the larger iguanas are kept in cages. De woeste oostkust is geliefd bij surfers, vooral Batsheba. The country’s interior is dry and hilly, with up to 300 metres altitude. The rugged east coast is popular with surfers, especially Batsheba. You also find Andromeda Botanical Gardens not far away. More than 600 different plants, shrubs and trees from all over the world grow there, along a stream with waterfalls.Harrison’s Cave Eco-Adventure Park is a cave with streams and pools in the centre of the island. A train runs through the cave and outside there is a bar, giftshop and nature park. Barbados is buzzing with happy people, reggae music, calypso and soca and the most famous event is Crop Over, a kind of carnival, which ends with the Grand Kadooment on the first Monday in August. The Merrymen (calypso 1960s) and Krosfyah (soca 1990s) are internationally known Barbadian music groups. Singer Rihanna, songwriter, fashion designer, model and actress, was also born there.Culinary specialties are rum: Mount Gay and Cockspur’s Five Star. Curry dishes are popular, as well as pudding and souse (sweet potato with salt meat, cucumber on vinegar and breadfruit). Or maybe you prefer pepperpot, fishcakes, lobster, sea-cat (octopus), grilled fish, BBQ, chicken, pork ribs or macaroni casserole? And don’t forget the tropical fruits and avocados. Enjoy Barbados! 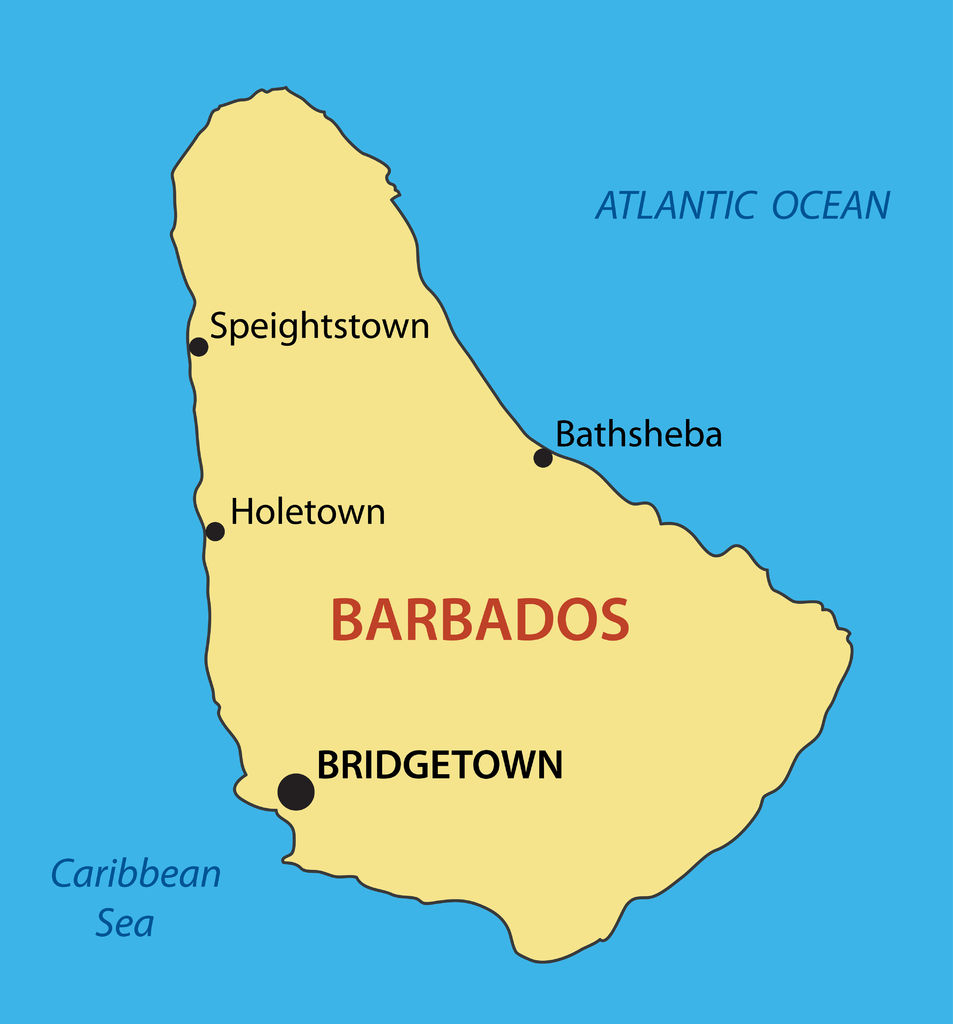 BARBADOS
Butterfly Beach Hotel is located on the South Coast of Barbados in a beach and ocean front setting,
More info
View

BARBADOS
The Rostrevor Hotel is a beachfront hotel in the St. Lawrence Gap on south of Barbados. The hotel is
More info
View