Belize is located in Central America, is part of the British Commonwealth and borders Mexico, Guatemala and the Caribbean Sea. Tourist attractions include palm tree-lined beaches, a coral reef, nature reserves, rainforest and Mayan temples. Belmopan is the smallest capital city of all the American states and smaller than Belize City and San Ignacio. Belize has fewer than 400,000 inhabitants. People speak English and drive on the left. Belize is popular with American tourists. Belize City is located on the Caribbean coast, near the international airport and is the starting point of tourist trips. Since 2002, the Museum of Belize, a British prison built in 1857, has been a national museum showcasing 3,000 years of Mayan culture, from Mexico, Guatemala and Belize, Honduras and El Salvador. Six million Mayan descendants still live in these countries and they speak 28 different languages. The ancient Mayans had a highly developed civilization including city-states, with palaces, pyramids, temples and astronomical observatories. They were decorated with sculptures or murals and built of stone. Utensils were made of wood, pottery, jade and obsidian. The Mayans recorded their religious, mathematical and astronomical knowledge in books, ritual calendars, pottery and murals. Almost all these books were destroyed during the conquest by the Spaniards, the remaining ones have been partially deciphered. Mayan agriculture produced crops that have now spread throughout the world such as corn, beans, and squash. Belize Zoo is acclaimed as one of the best zoos in the world, with over 125 native species in a natural savanna setting. The water taxi takes you from Belize City to several islands, including Caye Caulker, a popular diving destination and a great place to chill. Belize’s Barrier Reef is world famous because of documentaries made by Jacques Cousteau. Sharks, stingrays, turtles, manatees and dolphins live there. Great Blue Hole, 300 meters across and 124 meters deep, is located in the Lighthouse reef. After the roof of a cave collapsed, it became a pit in the seabed. Guanacaste National Park is an easily accessible nature reserve. Placencia is a fishing village with a long sandy beach and is popular with tourists. Cockscomb Basin Jaguar Reserve was home to the Mayans for thousands of years however nowadays it is a nature reserve where coatis, anteaters, toucans and many bird species can be seen. The jaguar may be difficult to spot. Well known archaeological sites include Xunantunich, Caracol and Actun Tunichil Muknal. A visit to the Mayan city of Xunantunich can be combined with a trip to an underground river which, according to the Mayans, is the entrance to the world of the dead. Caracol is located in the jungle on the border with Guatemala, near San Ignacio. It is the most important Mayan site in Belize and was once a city of 150,000 people. Actun Tunichil Muknal (abbreviated to ATM) is a cave with subterranean lakes where Mayan ceramics and skeletons have been discovered, attached to the cave by limestone deposits. Getting inside is a challenge! You have to swim, crawl and climb through narrow, dark corridors. According to many travellers, it’s a ‘once in a lifetime’ experience. Want to experience it for yourself? Then head for Belize! 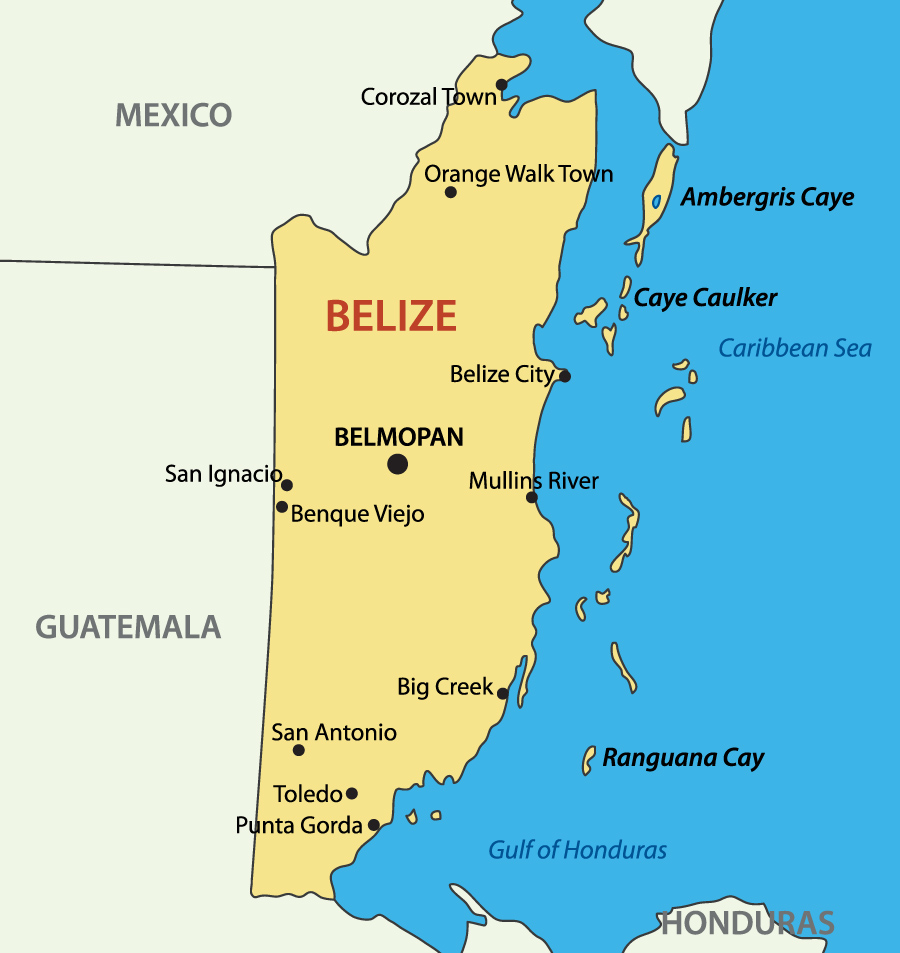