Bolivia is located in South America and was named in 1825 after Simón Bolívar, a South American freedom fighter who sought a federation of independent states. Bolivia borders Peru, Brazil, Argentina, Paraguay and Chile. The country has a population of 11,500,000 and in addition to Spanish, Guaraní and Aymara, more than 30 indigenous languages are spoken; 20% of the population is pure Indian; 68% is mestizo (mixed white and Indian), 1% id African-American, and 11% other. La Paz (over 800,000 inhabitants) is the seat of government, but the capital of Bolivia is Sucre, an old colonial city. The international airport is located at 4,000 m and La Paz at 3,500 m altitude and you can feel the impact of this altitude as soon as you land! The general advice is: “Camine lento, coma poquito y duerma solo” (walk slowly, eat little and sleep alone)! In La Paz, there could be snow or sub-tropical heat. Few trees grow, except the eucalyptus tree from Australia. Government buildings are located in Plaza Murillo. The Mercado de las Brujas (Witches’ Market), where herbal medicines and peculiar ingredients are sold, is located near Basilica San Francisco and the yatiris (witches) can be recognised by their black hats and many amulets. MUSEF, in a palace from the 1730s, is a museum of cultural anthropology that features Indian masks, textiles, metal and statues of saints. Museo Nacional de Arqueología exhibits archaeological finds, pottery, stone sculptures and metal objects. Much Bolivian gold and silver was looted and melted down by the Spanish in the 16th century, bringing prosperity to the Spanish kings. Museo de la Coca provides information about the coca plant, the leaves of which are chewed by natives to combat hunger and fatigue. Cocaine is a strong concentrate made from the leaves. The city of Potosí, at the foot of a silver mountain, once had 150,000 inhabitants. Bolivia is rich in minerals such as silver, tin, lithium and copper, which are still the most important export products. Lake Titicaca, where 1,200 Uros Indians live on 62 self-made islands of totora reeds, is famous across the globe. They also make wicker boats, which resemble the papyrus boats of ancient Egypt. On the islands they live off fishing, and eggs from tame ibis birds. On the ‘real’ islands there is agriculture (quinoa is grown, among other things) and vicuñas are kept, for the best quality wool. Llamas used to be pack animals. Brightly coloured woollen clothing, especially ponchos, are commonly worn in Bolivia. Near Lake Titicaca, you will find Tiahuanaco (Tiwanako), the ruins of a city that was built with gigantic stone blocks. Between 500 BC and 900 AD, this city (which once had 70,000 inhabitants) had power and influence as far away as Argentina, Chile and Peru. After years of extreme drought, however, the area was abandoned and, several centuries later, was taken over by the Inca. A unique feature in this area is the salt desert of Uyuni at 3,660 m altitude. Summits of prehistoric volcanoes have been given the name of ‘islands’: Isla Incahuasi (Inkawasi) and Isla del Pescado. The Torotoro National Park is located at an altitude of 2,000 – 3,500 m, with impressive dry canyons, caves, fossils and erosion by wind and water. The Madari National Park is located in the Amazon rainforest. Where can you find tropical warmth, eternal snow, and ancient and vibrant Native American culture? 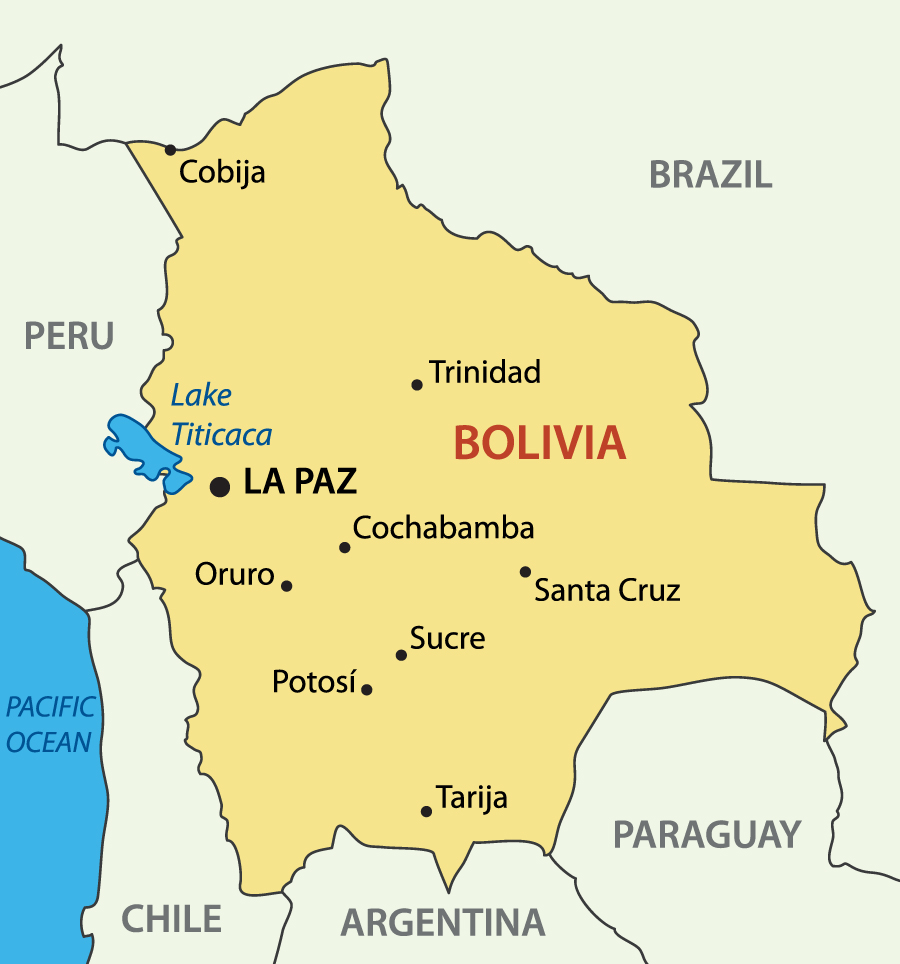 BOLIVIA
ALL HOTELS, APARTMENTS AND HOLIDAY HOMES Does Travel & Cadushi Tours can customise all tours i
More info
View