Located in North America, Canada is the world’s second largest country, second only to Russia. The country’s name, Canada, derives from the Native American word ‘Kanata’, which means ‘settlement’. Canada borders the contiguous United States in the south and the American state of Alaska in the west. Canada is comprised of a massive stretch of mainland and thousands of large and small islands. Only 10 per cent of this enormous landmass is actually inhabited. Canada is primarily known for its rich nature. Unsurprisingly, the country sports many national parks, including the very well-known Banff National Park in the western part of the country, near Calgary. Its mountains, rivers and glaciers turn a visit to this park into a breathtaking experience. Canada has much more to offer than its national parks, however: consider visiting the National Gallery of Canada, for example. This museum, among Canada’s most important, is located in Ottawa, the country’s capital. Other important major urban centres include Toronto, Edmonton, Montréal, Québec, Vancouver and Calgary. Of course, Canada’s biggest, and possibly most widely known, attraction are the Niagara Falls, where absolutely enormous quantities of water make a massive 60 meter drop. The Niagara Falls are situated in Canada’s south, on the American border. Toronto offers a plethora of sights and attractions, including the 553 meter high CN Tower, which held the title of largest free-standing structure in the world for 34 years, until 2010, and the Toronto Eaton Centre and PATH, a 28 kilometre long underground path opened in 1900 to allow the public to pass under James Street and head towards Yonge Street and Queen Street while shopping. The path was later extended and combined with the Toronto Eaton Centre shopping mall. The joint project now forms the largest underground shopping mall in the world. We have already selected a number of hotels for you to stay in when visiting Toronto. If you would prefer a hotel in another Canadian city or wish to combine a visit to Canada with a tour through the United States, please send us an e-mail with your wishes. 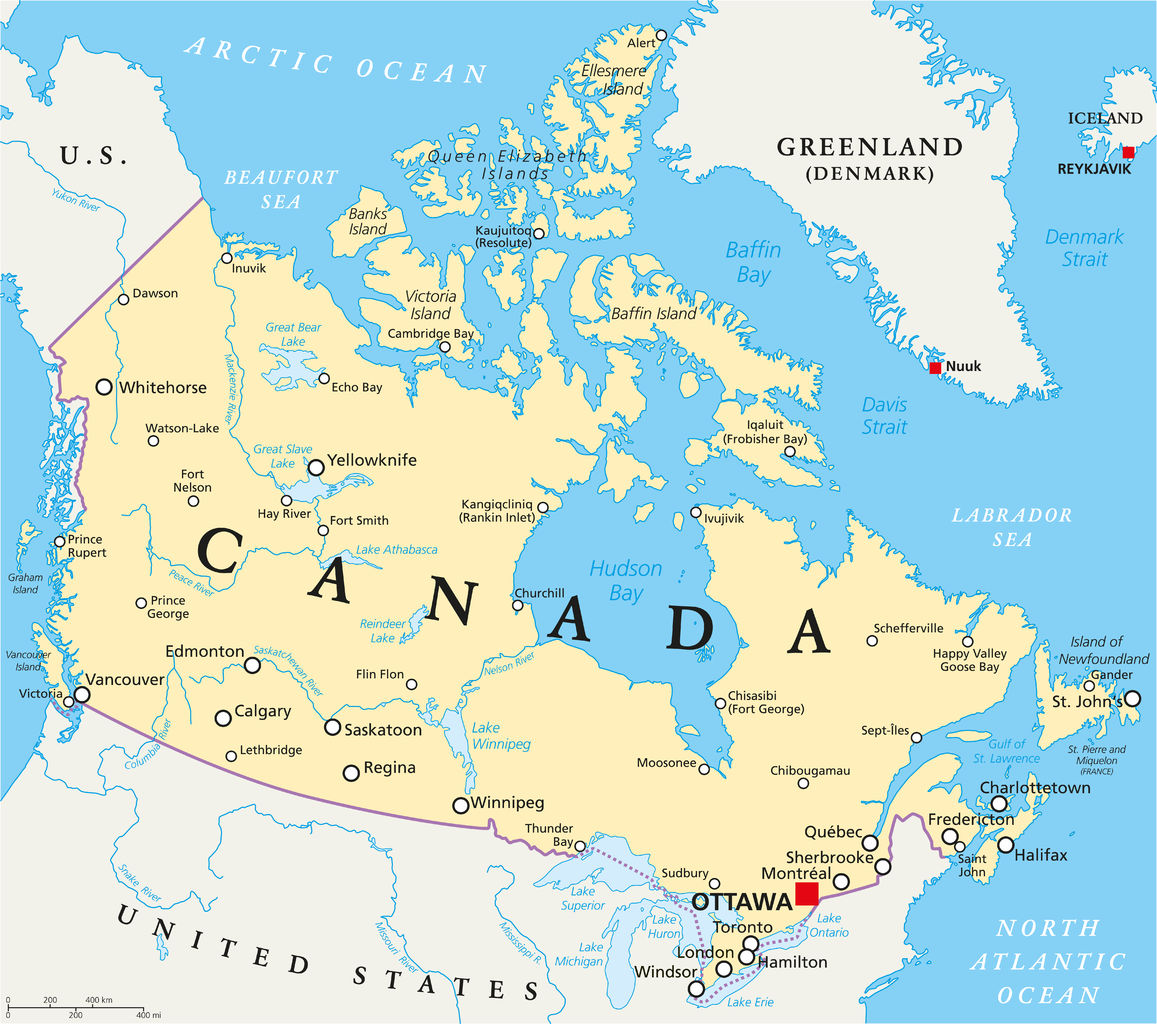 CANADA
This hotel combines elegance with modern facilities. It is located in the city’s financial dis
More info
View