Bogotá (8.8 million inhabitants) is the capital of Colombia and department of Cundinamarca. The city is located on a plateau (+/- 2,640m) in the Andes mountains with temperatures ranging from 5° C. to 19° C and is often foggy. Tourists may tire quickly too, due to the altitude. Originally, it was a settlement of the Muísca natives, in 1540 Spaniards established the city, and in 1717 it became the capital of Virreinato Nueva Granada. In 1819, Colombia became independent from Spain and in 1830 Bogotá became the capital of Gran Colombia, a federation that was later split into Ecuador, Venezuela, Colombia and Panama. Since 1994, public transport has been improved with ‘Transmilenio’ express buses; and bicycle lanes and footpaths have also been constructed. On Sunday, roads are closed to walkers and cyclists. Bogotá is the engine of the Colombian economy. Multinational companies have branches and numerous fairs and festivals take place there. The city has a historic centre. In the north there are modern high-rise business districts, in the south the messy working-class districts. In the west there are parks, sports complexes and middle-class residential areas. The main attractions are in La Candelaria, a district with narrow streets and colourfully painted colonial buildings with tiled roofs. There are also ancient churches and palaces. Museo Iglesia Santa Clara (1629-1674) has gold-painted walls and is full of antique paintings. Plaza Bolívar is home to the Catedral Primada and the Palacio de Nariño, the presidential palace. The Museo del Oro has a collection of gold and pottery from Colombia’s indigenous peoples from pre-colonial times. Museo Botero displays 19th and 20th century European art and sculptures by the famous Colombian artist Fernando Botero. The city air is purified by Parque Metropolitano Simón Bolívar (400 ha) and the botanical garden. The colonial city of Usaquén is attached to Bogotá and offers luxurious shopping malls. A large street market is held on Sundays. Colombian cuisine is known for hearty soups such as ajiaco and mazamorra chiquita. ‘Street food’ includes arepas (soft breads) and empanadas (pasties). Tamales are cooked parcels of banana leaf with filling. Colombian-style pizza and burgers are available everywhere. Get some fresh air, admire colonial culture and modern graffiti in La Candelaria, Bogotá’s historic centre! 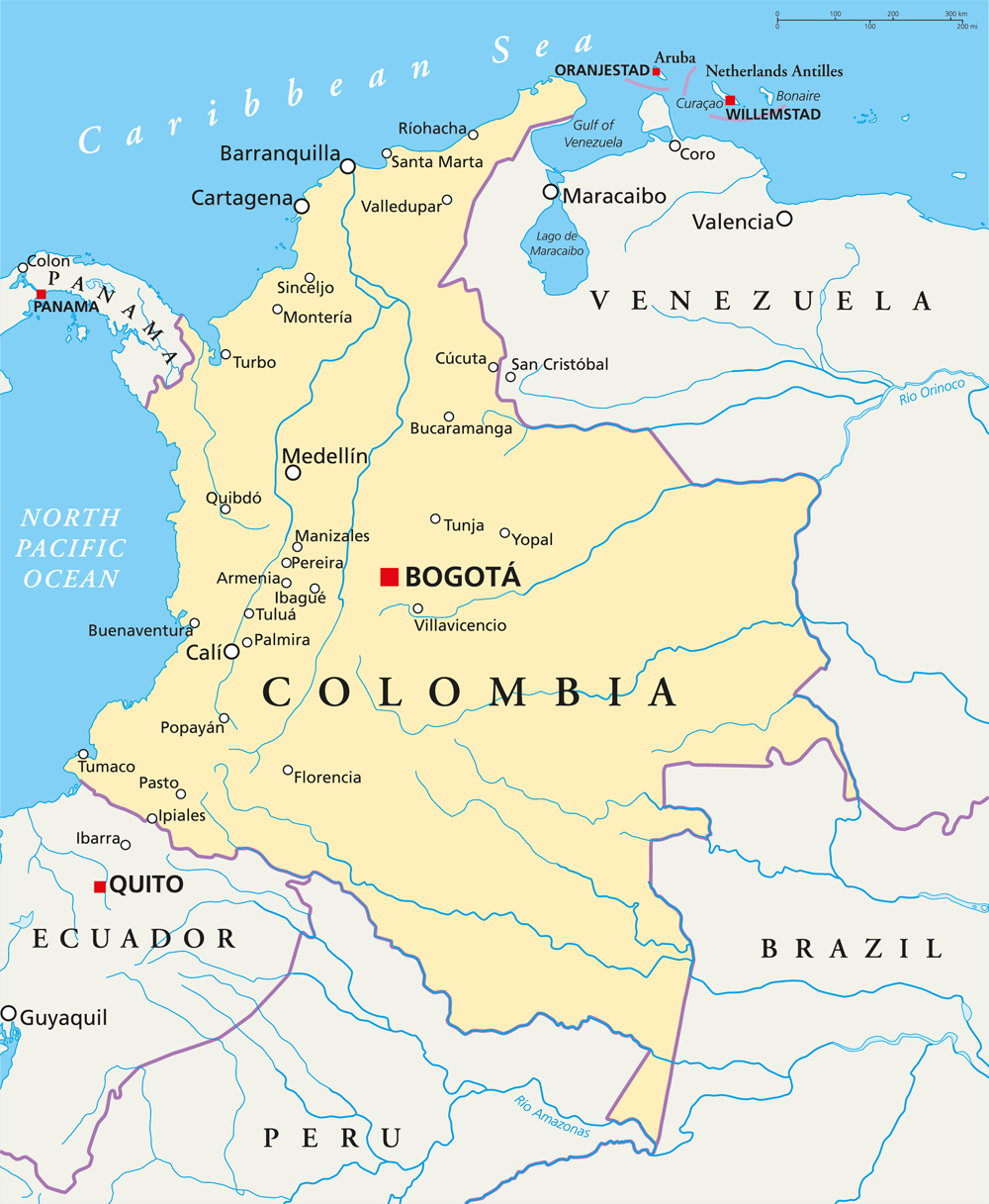 Colombia is one of the most diverse countries in the world, featuring snowy mountain tops, jungles, mangrove swamps, a desert and a friendly and outgoing populace. Colombia’s long coastline sports beautiful beaches and clear, azure seas. The country is also well-known for being a major banana, coffee beans, cigars and cocaine producer.

BOGOTÁ (Colombia)
This modern small hotel is located in a residential area in the northern part of the capital city. T
More info
View

BOGOTÁ (Colombia)
Hotel B3 Virrey is located nearby El Virrey Park and in the middle way to Parque de la 93 or Zona T,
More info
View

BOGOTÁ (Colombia)
The Artisan D.C. Hotel, in the Rosales neighborhood, is at a walking distance of Zona G, one of the
More info
View