El Salvador is located in Central America and borders Guatemala, Honduras, Nicaragua and the Pacific Ocean. It is the smallest and most populous country in the region and has a tropical climate, with a dry season that runs from November to April and a rainy season from May to October. There are occasional volcanic eruptions and earthquakes.El Salvador has 6.5 million inhabitants, the majority (83%) are mestizo. About 3 million Salvadorans live in the United States but still support their families in El Salvador financially. A small percentage of the population is pure Indian. The capital San Salvador was founded in 1528 and is now home to 316,000 inhabitants. In the historical centre there are the National Palace and the Cathedral. Cities with +/- 250,000 inhabitants include Santa Ana and Soyapango. El Salvador has a rich Indian past, which can be seen at archaeological sites with pyramids, including San Andrés, Tazumal and Cihuatán, dating from the period 600 to 1000. Gold was not easy to come by in El Salvador so plantations were established using African slavery, as the Indian population was rapidly diminished by diseases from Europe and Africa. Products included cocoa, the dye aniline, coffee and Peru balsam. The country is still 6% covered with forest. In order to establish plantations, a lot of logging took place. Parque Nacional de los Volcanes, Montecristo and San Diego are nature reserves. International tourism is on the rise. The beaches in El Salvador are popular with surfers. The Ministry of Tourism has set out a number of routes for lovers of archaeology, mountains, volcanoes, flowers and beaches. El Salvador uses hydropower and geothermal energy. An important economic sector, which employs 90,000 people, is the textile industry which exports to the United States. In 2001 the American dollar was introduced as a means of payment and on 8 June 2021 payment with bitcoins was approved by parliament. The 70% of Slvadorans who do not have a bank account can then pay with bitcoins. International organisations such as the World Bank and the IDB, however, do not support this development. El Salvador has a rich folklore which is celebrated on public holidays. Corn is used in many of the local dishes. Pupusa is a thick tortilla (pancake) filled with cheese or baked beans, fried bacon, etc. Hot drinks include chocolate milk, coffee and various corn-based drinks; cold tamarind and horchata (almond milk) are also popular. Music and dance have Native American, European and African characteristics. Besides the marimba, of Indian origin, international instruments are used. Cumbia salvadoreña as well as classical music and heavy metal can be heard in El Salvador. The Roman Catholic religion has the most followers but Protestant churches and Pentecostal churches are also active in the region. Archbishop Romero (1917-1980) of San Salvador was world famous for defending human rights in a period of military dictatorship and violence. He was murdered during a mass, which caused a shock and anger around the world. He was beatified in 2015 and canonized in 2018. 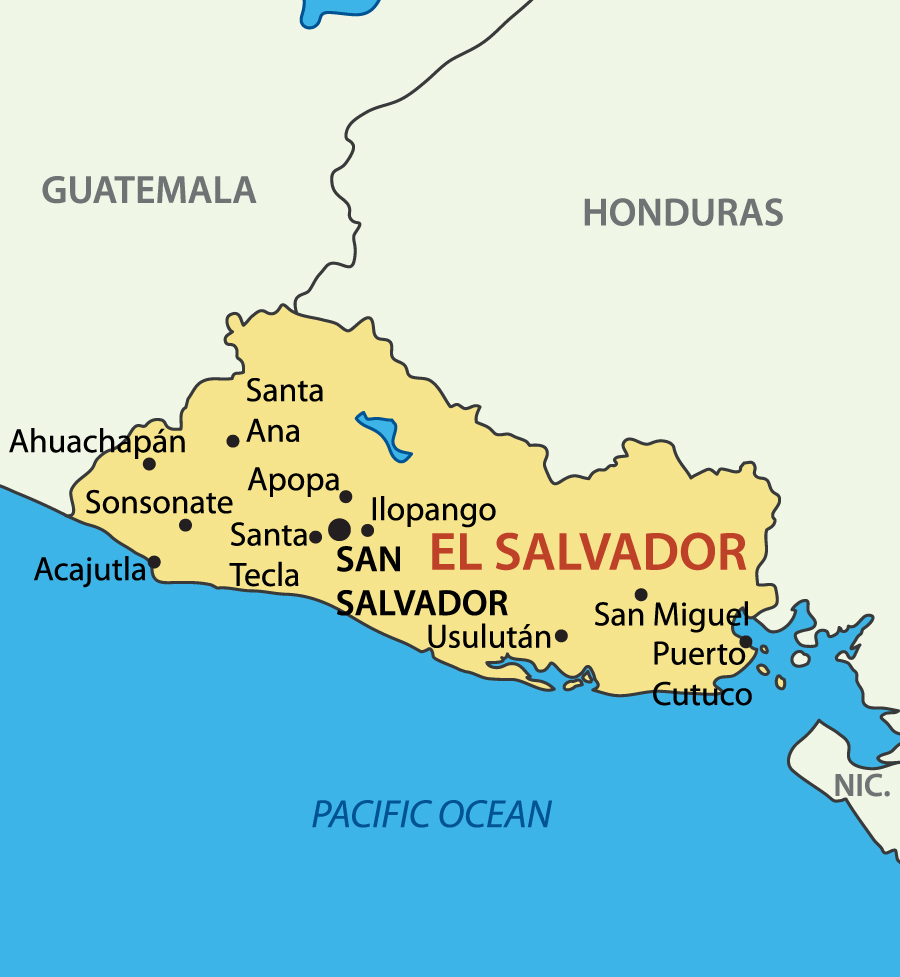 EL SALVADOR
ALL HOTELS, APARTMENTS AND HOLIDAY HOMES Does Travel & Cadushi Tours can customise all tours i
More info
View